Posted on March 10, 2021/Evluma/Comments Off on Modernizing History: Converting a Historic Icon in Downtown Seattle

“In late 2017, Seattle City Light took on the immense challenge of upgrading one of its own signature monuments by converting the city’s 2,000+ downtown globe streetlights from high-pressure sodium to light-emitting diode (LED). While the iconic spherical-style design has taken on different iterations over time, the design has been an integral part of Seattle’s downtown identify dating back to the utility’s founding more than a century ago…Little did Gorman and the team at City Lighting know that the idea of converting a historic globe light design was an innate piece of Evluma’s vision for one of its products.” 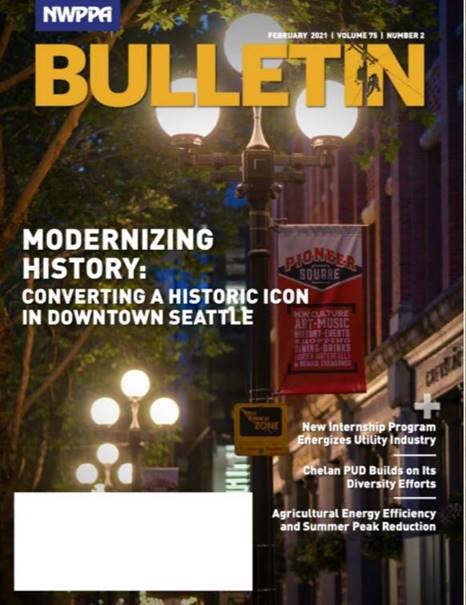 Evluma is pleased to see the result of our multi-year collaboration with Seattle City Light featured as the cover story of the NWPPA Bulletin. The NWPPA (Northwest Public Power Association) serves the collective interests of cooperatives, public and people’s utility districts, municipalities, and mutual public power utilities throughout the Northwest, including Alaska, California, and British Columbia. Download the article here.

Evluma salutes Seattle City Light for their community outreach on the project. “Being preferred by survey respondents and having the approval of the Pioneer Square Historic Preservation Board meant a great deal to us,” said Evluma Marketing Director Cathleen Shattuck. “When we developed the OmniMax we strove for a diffuse, low-glare light that met lumen requirements and was built to last – far longer than the typical corn-cob.” Underneath the luminous glow of the OmniMax also lay some unique technology. Photocontrol Failsafe, patented by Evluma, maintains dusk-till-dawn operation even if the photocontrol should fail. Not having to replace a photocontrol, especially when it means you might have to stop traffic to do so, is a huge maintenance savings for municipalities. Evluma also offers a way to dim using a Bluetooth app, ConnectLED. 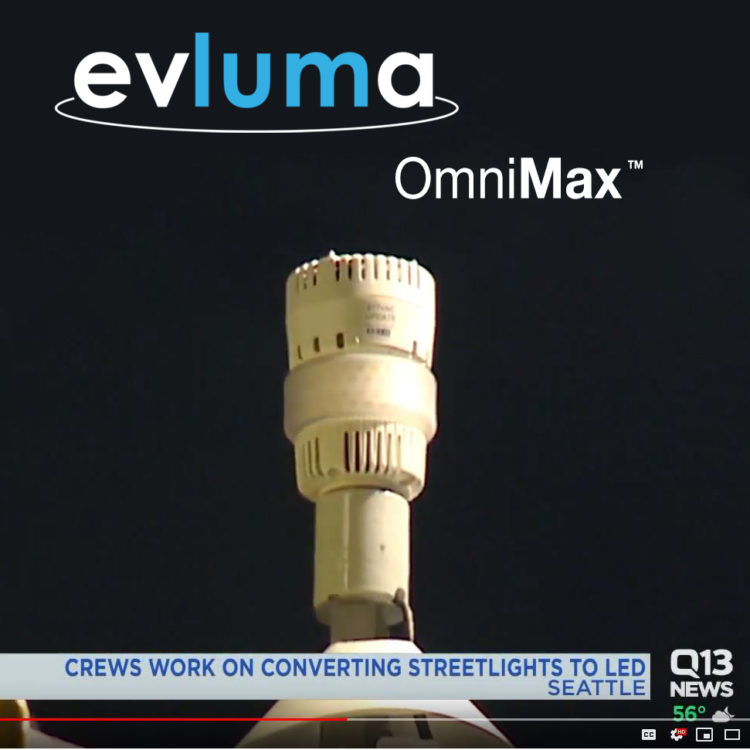 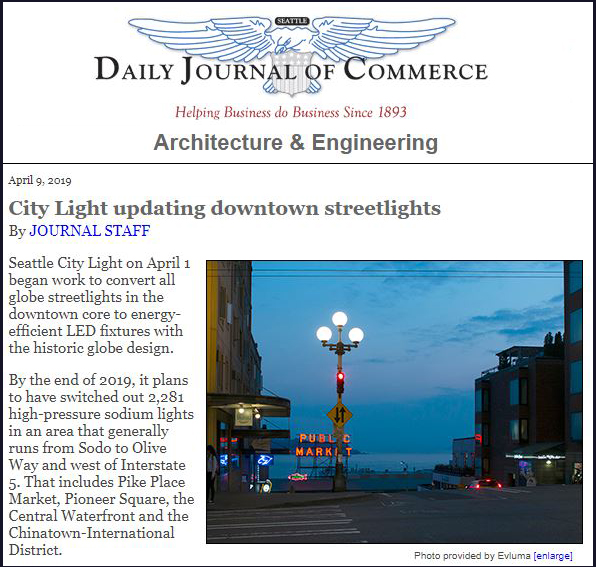 Seattle City Light also published the story on their Powerlines Blog of March 16, 2021. 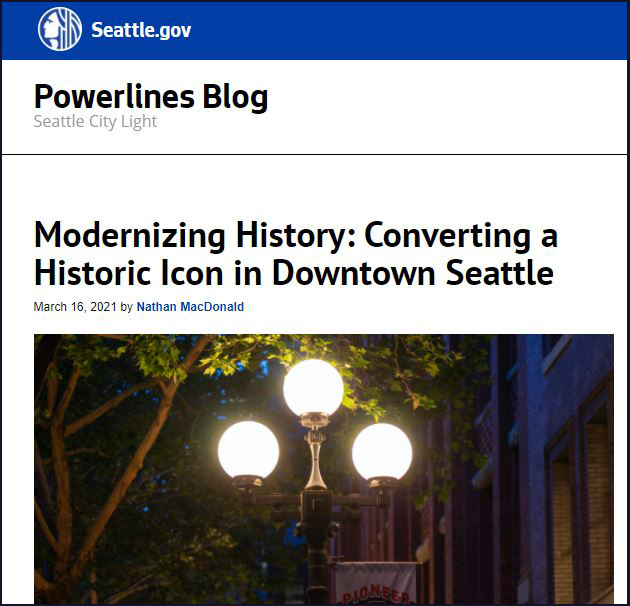