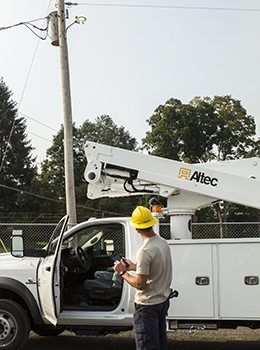 The v2.2 upgrade offers a new centralized administration portal, yet keeps the same, familiar user interface. Now offered as a Site license, a single admin may easily control an unlimited number of Basic or Enterprise-licensed users. The new version is available for download from Google Play and is compatible with any Android tablet with a 7 inch or larger screen. ConnectLED offers utilities the ability to connect/disconnect a lamp from service, set overall lamp intensity and create dimming schedules. The option to control AreaMax™ and OmniMax™ LED lamps from the ground and up to 150 ft away allows utilities to avoid more costly bucket truck maintenance and service calls.

The AreaMax LED luminaire for street and area lighting and the OmniMax LED retrofit for decorative streetlights carry a 10 year warranty, come with patented Photocontrol Failsafe™ and one of the most robust, integrated 20kV/10kA surge protection systems on the market. The ability to work with ConnectLED is built-in to both product lines and can be activated at any time during ownership with the acquisition of a ConnectLED Site license.

In January of 2017 Evluma released ConnectLED for iOS. “Apple enterprise apps have grown in popularity with utility operations departments,” stated Cathleen Shattuck, Elvuma’s Marketing Director, “but not all utilities use Apple devices. Evluma offers ConnectLED for Windows, as well as Android.” Both the Apple iOS ConnectLED app and the new Android v2.2 app employ the same centralized administration portal and Site license model. Current owners of Android v2.1 Basic or Enterprise licenses may upgrade to a new Site license for free.

Take ConnectLED for test drive at ICUEE the DEMO expo October 3-6, 2017. Booth #3006. For a limited time Evluma is offer ConnectLED for iOS for FREE to new customers. For more details please follow this link: www.evluma.com/smartlightsbigsavings

About Evluma
Formed in 2008, Evluma is committed to developing affordable, long-lasting and environmentally low-impact LED lighting solutions that fundamentally change the landscape of the outdoor utility lighting market. Evluma’s high standard of customer service and background in innovative lighting technologies, automation and software design creatively ideate and inform it’s Made in Washington products. 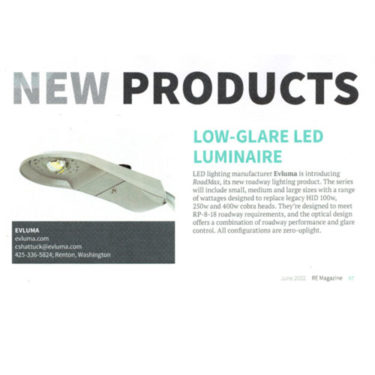